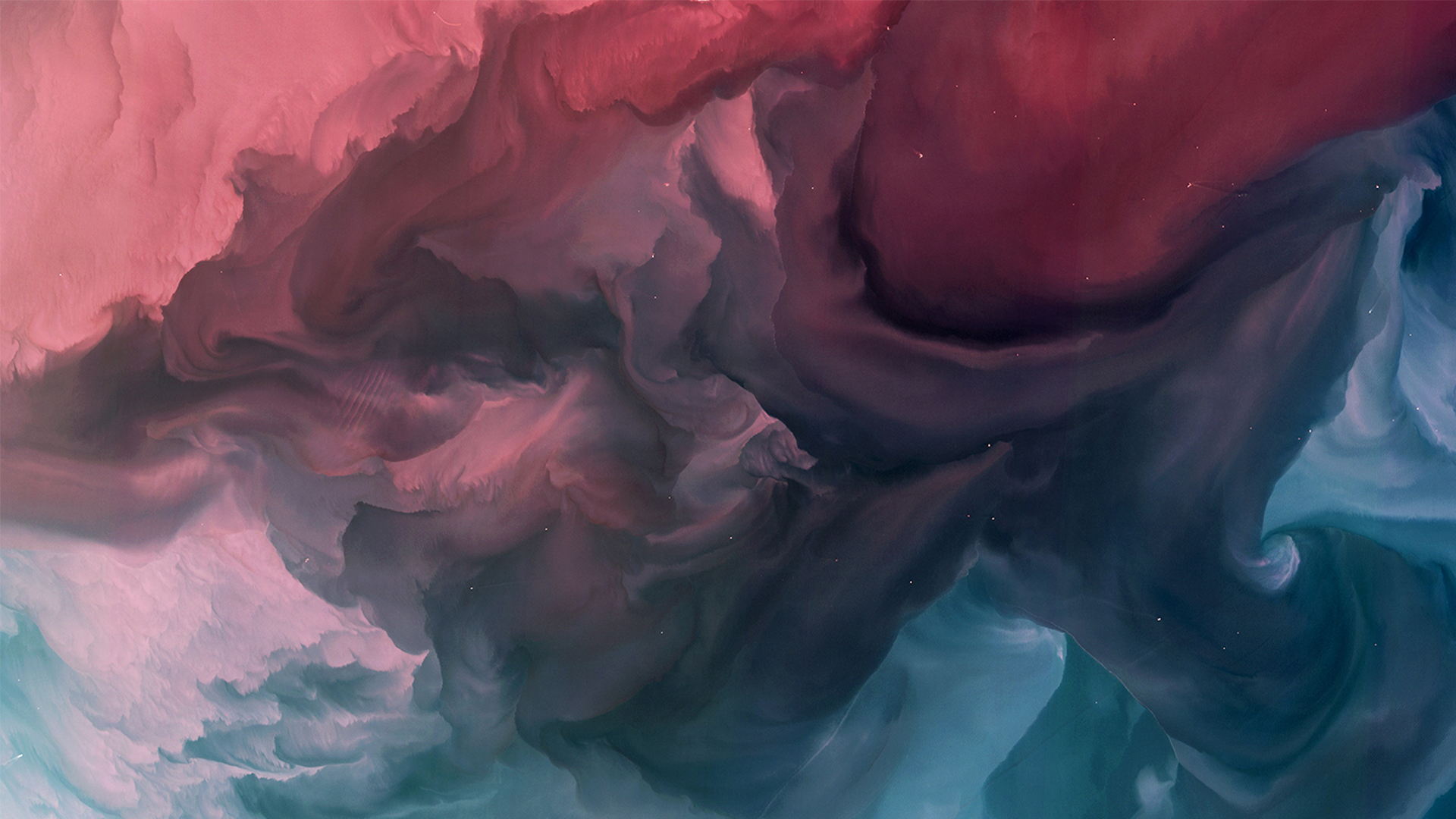 In April 2021, a “new” Amy Winehouse song was released…over a decade after her death. Usually when new music is released after an artist has died, it’s a long-lost recording dug up from someone’s basement or a rough track that never made it onto an album.

“Man, I know”, on the other hand, was created by Artificial Intelligence (AI).

That’s right - Over the Bridge’s The Lost Tapes of the 27 Club project fed an AI songwriting algorithm with existing songs to generate pretty convincing new compositions and lyrics based on the inputs. These AI tributes to legendary musicians we lost too soon (like Amy Winehouse, Jimi Hendrix, and Kurt Cobain) rocked the headlines, and with good reason.

First, they really do sound eerily similar to the artists they are mimicking, albeit like slightly watered down versions of the real thing. And second, they highlight just how far AI has evolved when it comes to generating multi-instrumental, arranged and mastered pieces of music.

AI can make music now, but how did we get here?

Though it may feel like we’ve suddenly entered the age of AI-generated music, the concept of using AI as a tool to help musicians has actually been around for quite some time.

Back in 1951, Alan Turing (the father of modern computer science) built a machine which generated simple melodies. In the early 1980s, music theory professor and composer David Cope trained a computer program to generate Bach-style chorales to help him battle some serious writer’s block. And later on in the 90s, the one and only David Bowie helped develop an app called the Verbasizer, a digital lyric randomizer which scrambles words into new combinations for lyrics inspiration.

Nowadays, an entire industry has emerged around innovative startups spearheading the use of AI for composing, streaming, producing, and analyzing music. But while most artists today wouldn’t object to using AI for mixing and mastering tracks, the debate really kicks off when it comes to songwriting itself, with many considering it going a step too far.

Let’s take a closer look at how AI is being used in songwriting and explore the perks and drawbacks of the tech itself.

AI in songwriting: a brief introduction

AI has become a useful addition to the modern musician’s toolkit, reshaping the way we create, distribute, discover, and consume music. This is also true for the process of songwriting itself.

To give you an idea of what musicians are already up to, Berlin-based Holly Herndon is well-known for experimenting with AI in her music, even creating an AI deepfake twin for herself called ‘Holly+’ who she performs with. In a similar vein, Iranian electronic composer Ash Koosha developed an auxuman known as ‘Yona’ who sings and generates her own lyrics, chords, and melodies, while Koosha mixes and produces the final version.

Most of the AI used in songwriting is based on deep learning neural networks, which imitate the way the human brain thinks using algorithms. Basically, you feed source material into the software, then it analyzes this information to find patterns.

If you’re feeding it different types of music, it will be able to differentiate things like tempo, chords, length, the relationship between notes, and use all of those details to generate new melodies. Some AI frameworks are even trained to use musical theory to guide the end result.

4 practical applications of AI in songwriting

Next up, here are some key applications of AI in songwriting as well as some of the tools available on the market:

Lyrics writing assistants or companions work in several ways. Typically, you can submit source material and remix words in different ways, or input certain criterias like topic, genre, mood, etc to generate ideas, or use pre-programmed “voices” to find inspiration.

Melody generators are able to create melody ideas from scratch based on the criteria you submit, or they can build on existing melodies and chords which you provide. Some will provide output in audio and others in MIDI.

These handy tools work by generating chord progressions based on inputs from the user, offering different takes on the same composition that you can choose from and tweak as you like.

Whenever the media runs stories on what’s new in AI, they tend to stir up a little panic and a whole lot of doomsday prophesying (I hold The Terminator franchise responsible for a lot of it, Skynet’s antics have traumatized generations).

People have always worried that technological innovation will “ruin” music, like with streaming, mp3s, auto-tune, synthesizers, electric guitars, and even gramophones when they were first introduced.

But despite what clickbait reporting would have you believe, AI software is still not able to independently create hits. The tech is pretty impressive but it’s not good enough to crank out Grammy Award-winning songs on its own; AI tools still need significant human intervention to get songs release-ready.

Michael Scriven, a rep for Lemmon Entertainment and member of the board of directors at Over the Bridge, actually hopes that The Lost Tapes of the 27 Club will make it clear to people just how much human work it takes to create AI music.

“There’s an inordinate amount of human hands at the beginning, middle and end to create something like this,” he explains. “A lot of people may think [AI] is going to replace musicians at some point, but at this point, the number of humans that are required just to get to a point where a song is listenable is actually quite significant.”

So what does artificial intelligence really bring to the table when it comes to songwriting?

Pros of artificial intelligence in songwriting

☑ It helps with idea generation

At this stage of AI’s evolution in songwriting, it mainly comes in handy for generating new ideas or finding a spark of inspiration. Since AI generators can churn out an infinite amount of prompts, they can help musicians with new ideas they may have not come up with themselves.

Writing a song without some form of musical education (or if you’re just starting out) can be an incredibly daunting task. Hendrik Vincent Koops, co-organizer of the world’s first AI Song Contest in 2020, was motivated by the prospect of empowering people with little to no songwriting experience to create music, commenting that “for some of the teams, it was their first time writing music…and they told us the only way they could have done it was with AI.”

Licensing music can cost thousands of dollars. For anyone who can't afford expensive music licenses, AI composition tools provide a much more budget-friendly option. This makes custom music accessible to all sorts of content creators, whether they need it for a commercial, brand, social media account, or youtube channel for example.

☑ It paves the way for new genres

In an interview with Science Focus, Professor Nick Bryan-Kinns, director of the Media and Arts Technology Centre at Queen Mary University of London, predicts that “this is where I think the big shift will be – mash-ups between different kinds of musical styles.” While it’s a little tricky to spontaneously explore different genre combinations with real people, an AI software can test an infinite amount of mash-ups.

AI music and copyright: legal and ethical challenges ahead

On the flipside, there are some serious legal and ethical questions that are raised by the use of AI in songwriting, which go beyond musical purists being concerned about whether or not it’s “cheating” to use tools like this.

To start with, our legal systems and copyright laws worldwide were not created with AI “artists” in mind. Moving forward, the more we use AI in songwriting, the messier legal issues of authorship, credits, and royalties will become.

On top of that, AI mimicry has the potential to seriously threaten the hard work and personal brands of human musicians. And is it ethical to create new songs from musicians who have already died? While some wouldn’t blink twice, others may consider it a lack of respect towards their memory.

Yes, AI is changing the way we make, discover, and enjoy music. But there’s no need to panic; songwriters are not going to be out of a job anytime soon.

While AI models see a collection of single notes, human beings see the big picture and how it all comes together. AI songwriting software will most likely continue developing as an interesting tool that changes the way we develop music, just like other innovations have in the past. In the future, it may even turn into a real co-creator, proactively making suggestions that will improve our songs.

But will it ever be able to fully, independently create great music with feeling? Will we ever feel as connected to AI artists as their human counterparts? For now, your guess is as good as ours - only time will tell.

‍Curious to learn more about AI in the music industry?

Check out our recent AI episodes on The Mix podcast:

“AI in music: here’s what you need to know”

Other posts
See all posts

Updated tech news
Thank you! Your submission has been received!
Oops! Something went wrong while submitting the form.
IntroHomePostsAboutContact

Other posts
See all posts